About us: HE Sheikh Sultan Al-Quasimi 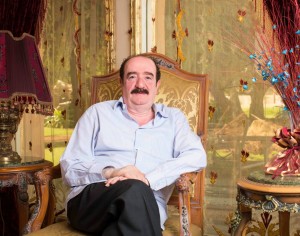 30 years of managerial skills in application in the areas of Innovation, Entrepreneurship, Management of Change, Financial Engineering, Strategic Planning and Turnaround Management.

Graduated in Economics from the United Kingdom in 1973.

Served on the Economic Advisory Board reporting to His Highness the Ruler of Sharjah.

Served in the Government of Sharjah as Director General of Civil Aviation from 1976 to 1978 reporting to His Highness the Ruler of Sharjah.

Established Gulf Holdings in 1982 with the objective of assisting foreign companies to establish their entities in the UAE to operate from within the market.

Served as Deputy Chairman of the Central Department of Finance. In the same position held other responsibilities such as :

Gulf Holdings continued its activities. Returned to the private sector in 1991.

Career started with serving in the Government of Sharjah in the first 5 years (1973-1978).

Holds a library of over 750 books which are in many fields of knowledge.

Subscribe to our newsletter email to get notification about fresh news. Stay always up-to-date!